For many years in the 70s, 80s and 90s, the residents of GrahamSpencer’s hometown of Rockford, Illinois gathered on the banks of the rolling Rock River to watch a unique, DIY flotilla: The Rock River Anything That Floats Race. Dreamed up in a bar by a local disc jockey one Christmas Eve as a way to celebrate America’s Bicentennial, the event grew year by year until tens of thousands of people celebrated watching dozens of homemade rafts float down the river each year. Most rafts were designed and built by local and regional businesses and civic organizations – often with fun, eye-catching themes.

In 1999 the sponsoring radio station’s insurance company suggested calling a halt to the race and a grand tradition took a twenty year hiatus … until a new committee of fun-loving community organizers was formed to explore whether the idea could hold water in the new millennium. Among the new sailors looking to the past for inspiration was GS founder Jay Graham. As the GS team dove into the creative process, we reminded long-term native Rockfordians of their carefree memories of the past events while also speaking to a new generation of raft builders and riverside party lovers. Stymied by Covid in 2021, we pivoted to a suddenly-popular slingshot-powered rubber duck launching contest called “Release The Quackin'” to raise funds for 2022’s race.

Each year, GrahamSpencer creates and produces all required branding, web tech, video and photographic support, signage and digital/broadcast promotions for a live event that runs nearly two miles down the Rock River to the heart of downtown, partnering with the all-volunteer RRATFR team to ensure that it all goes off without a hitch. We’re proud to be part of a group that breathed new life into a local tradition for a whole new generation of ambitious DIY shipbuilders and fun-loving spectators alike. 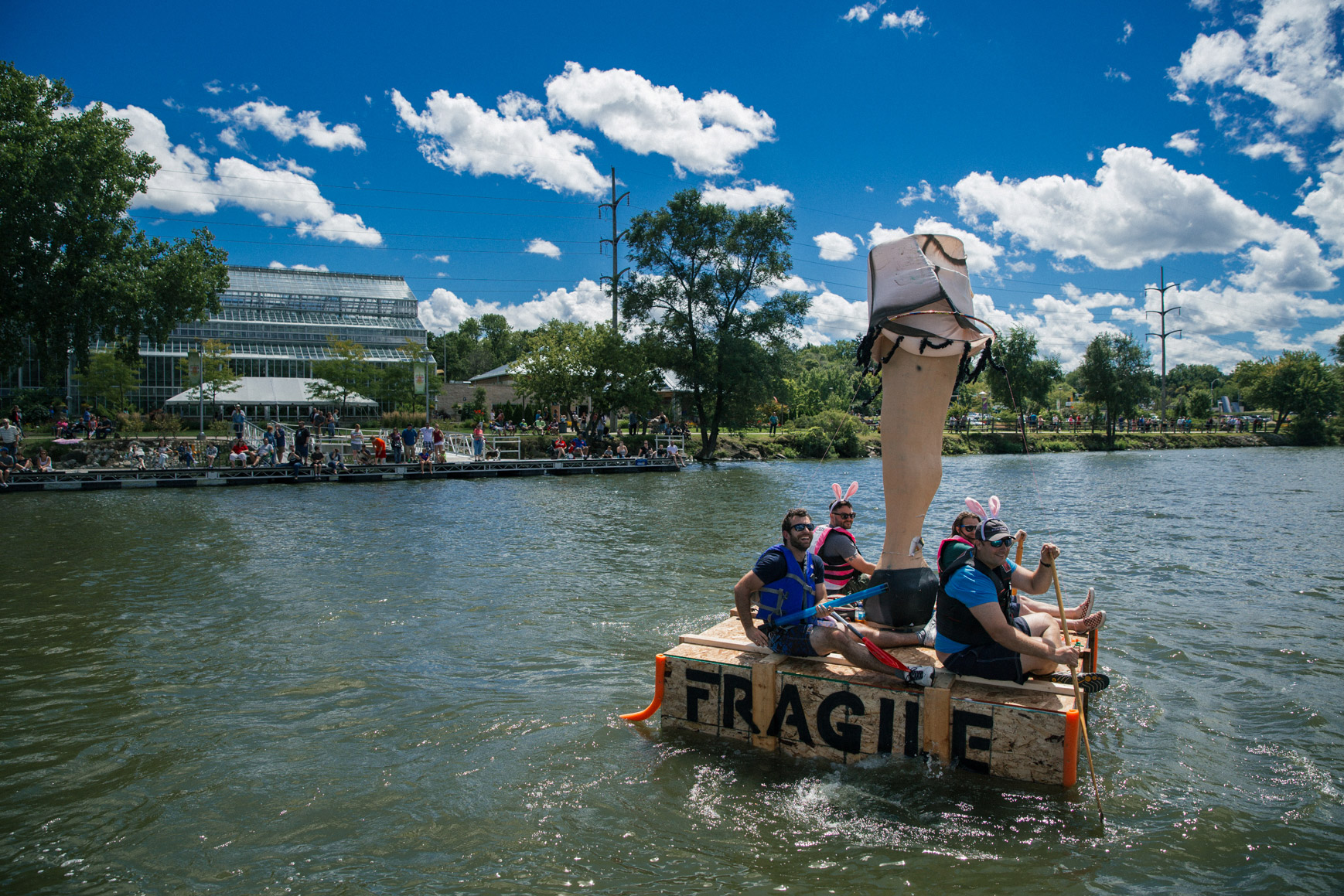 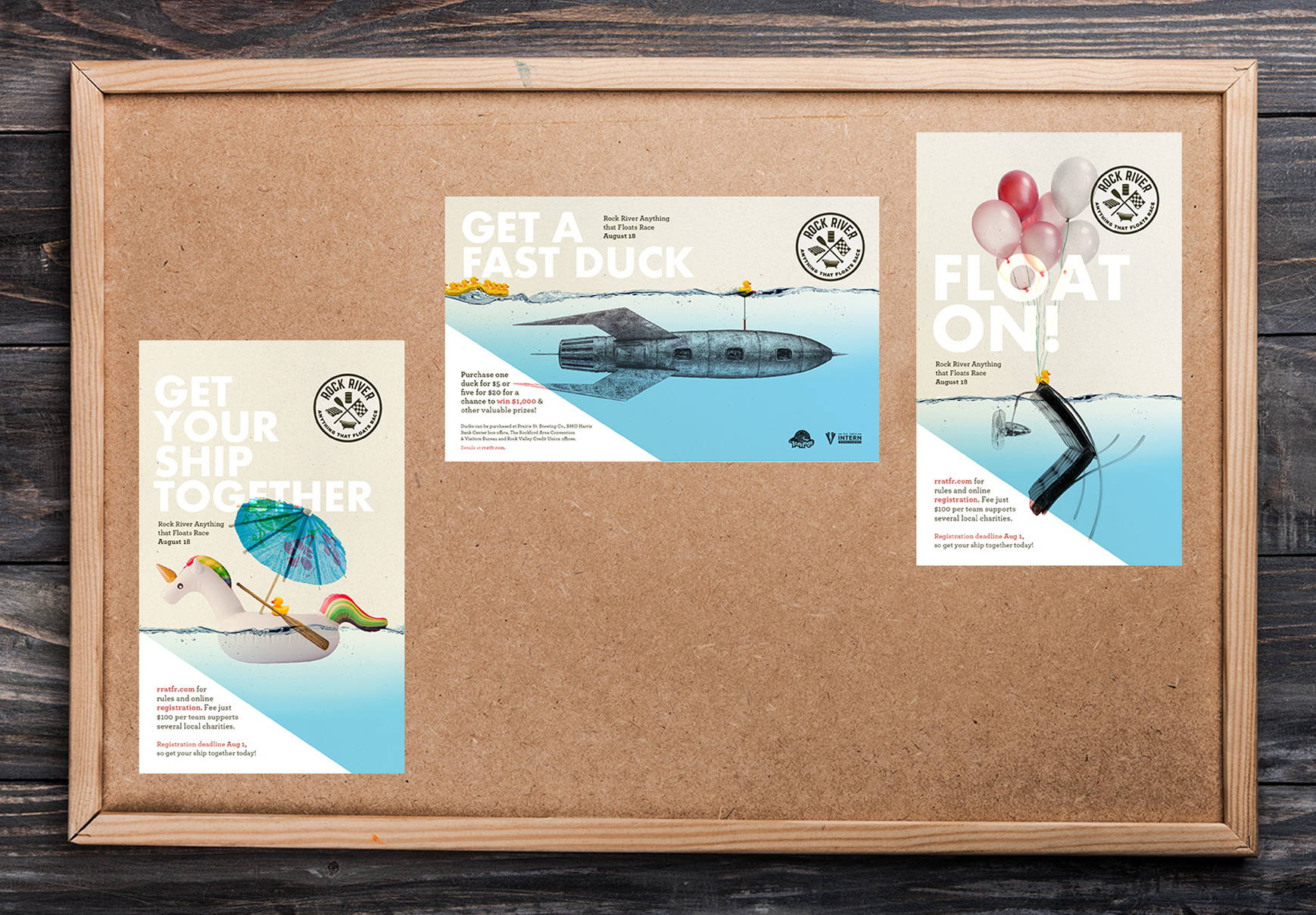 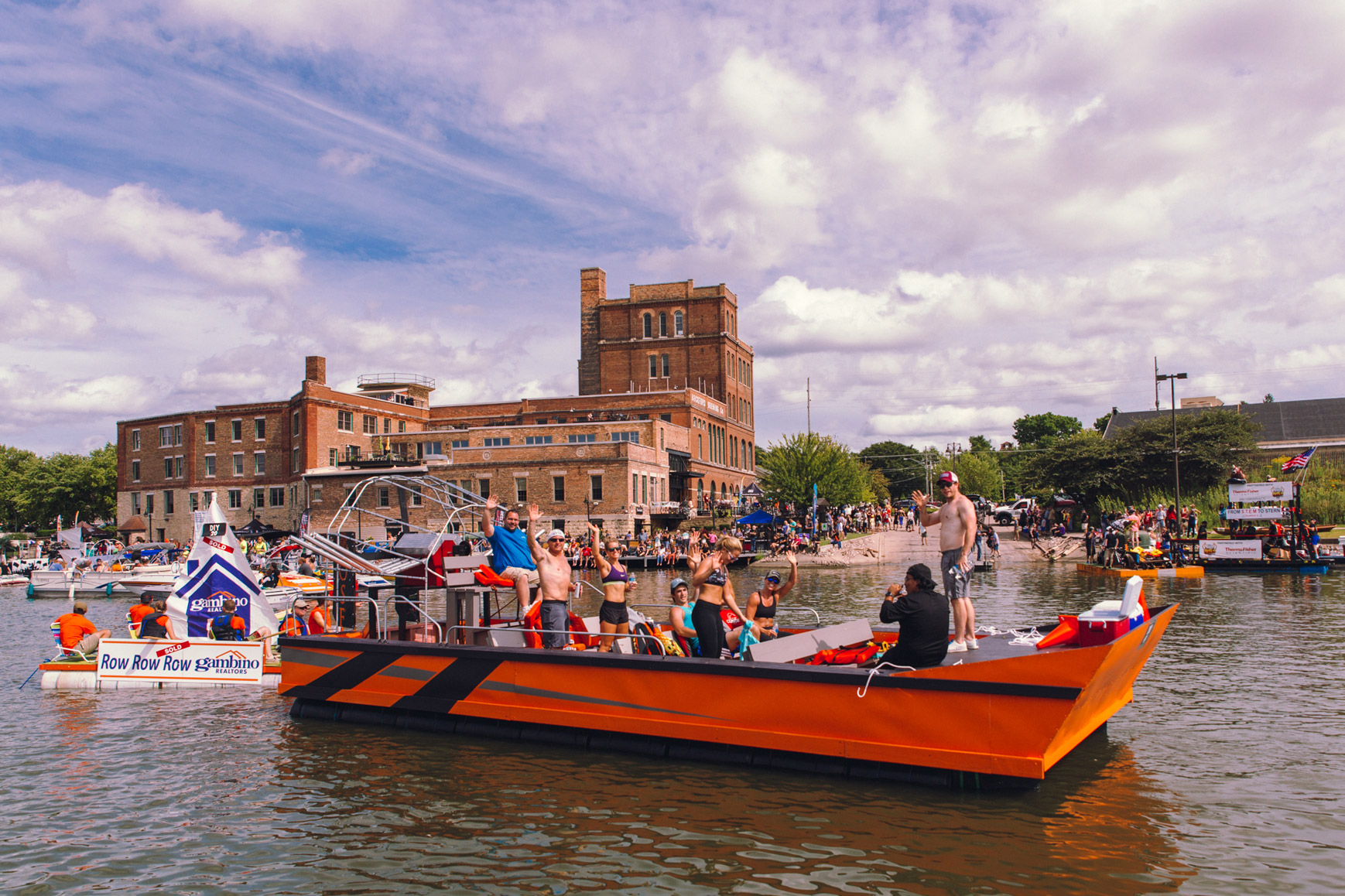 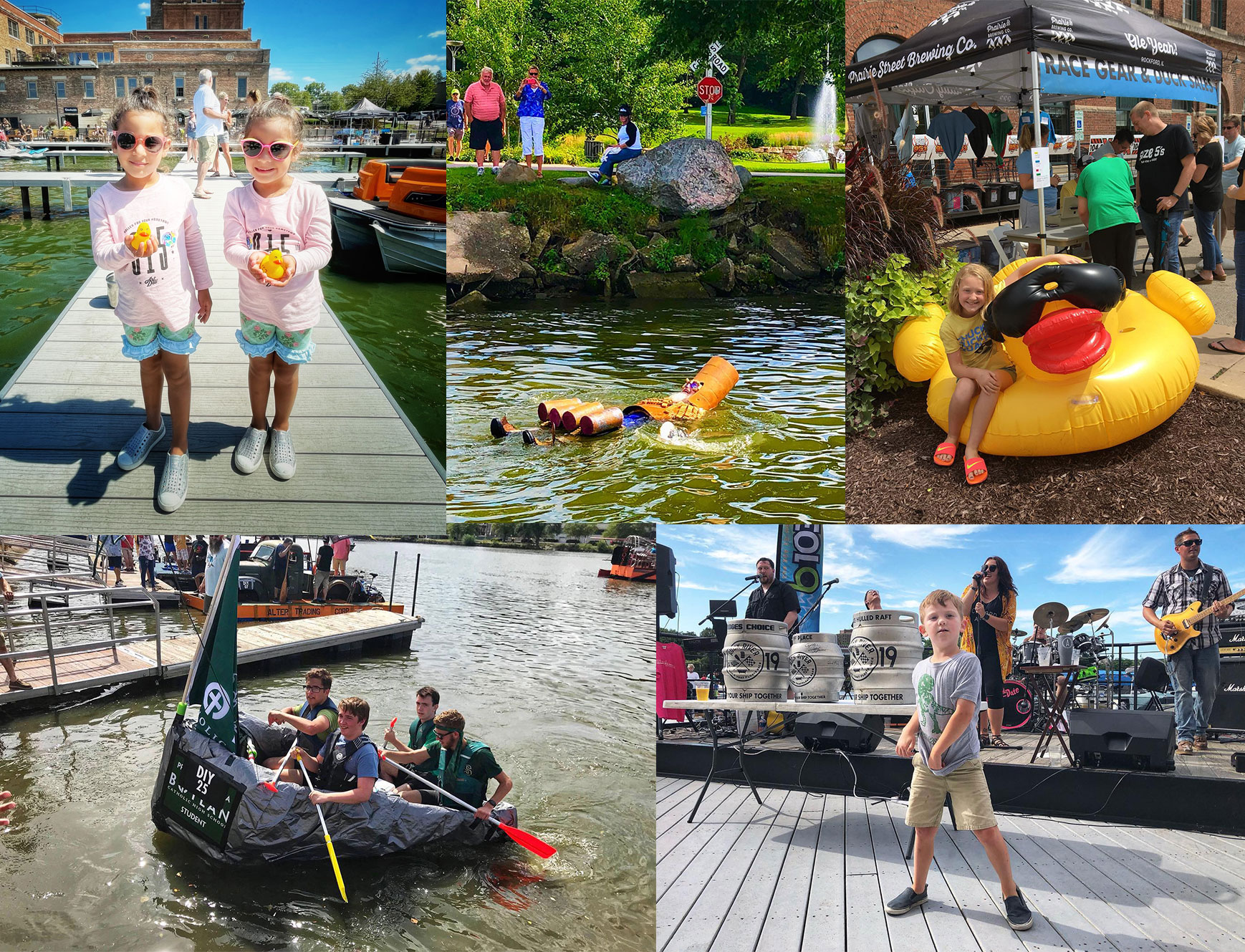 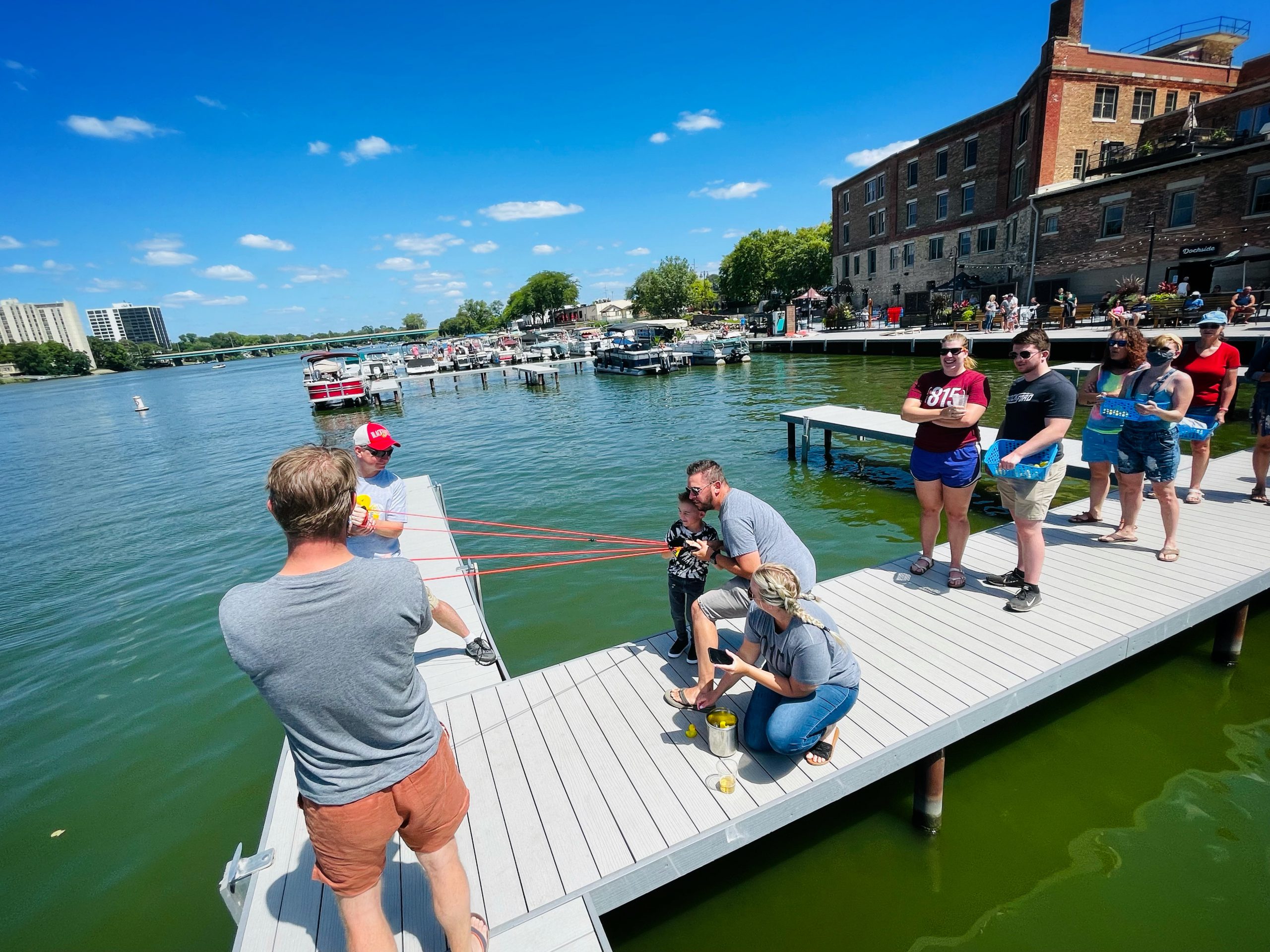 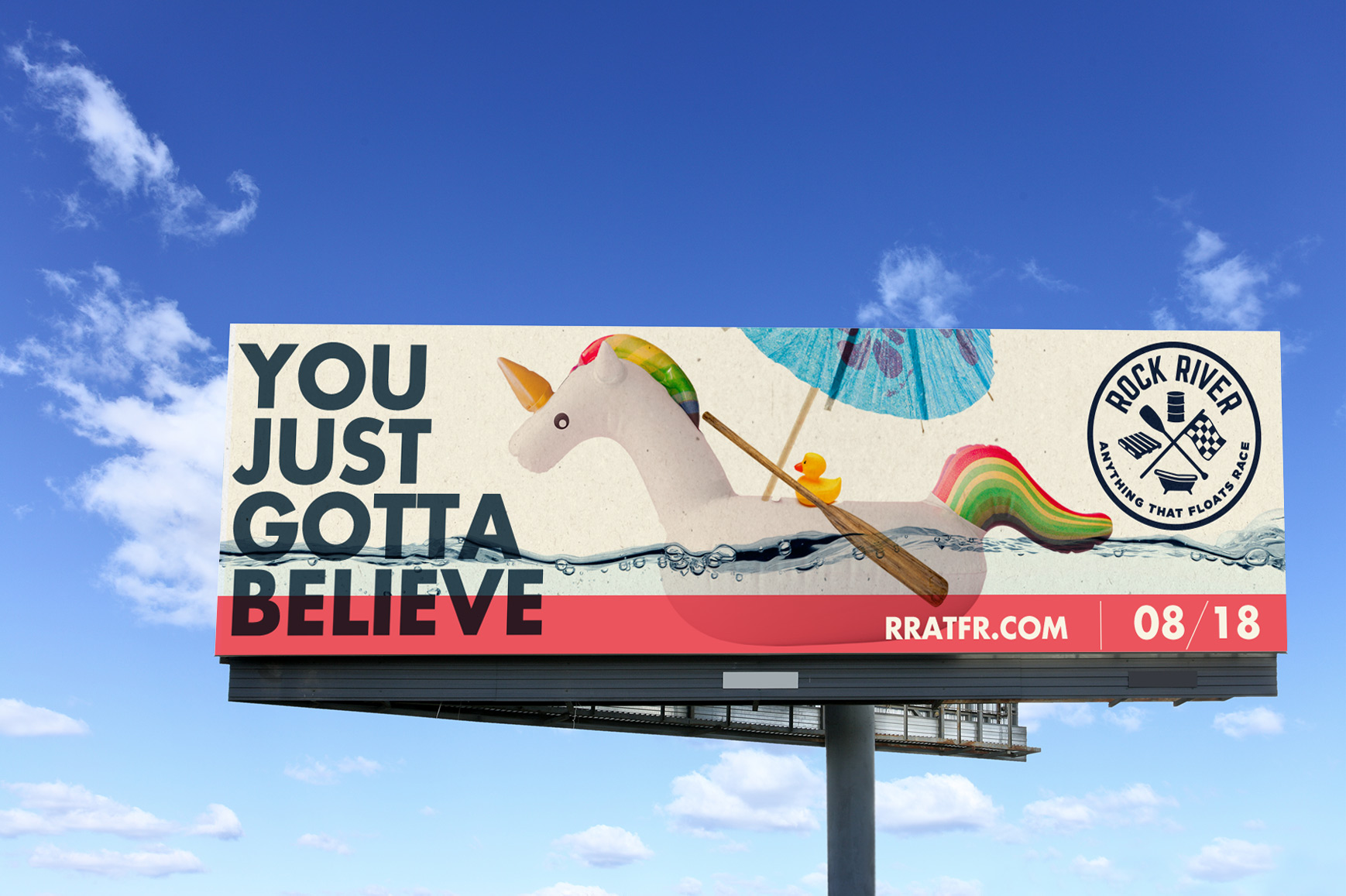 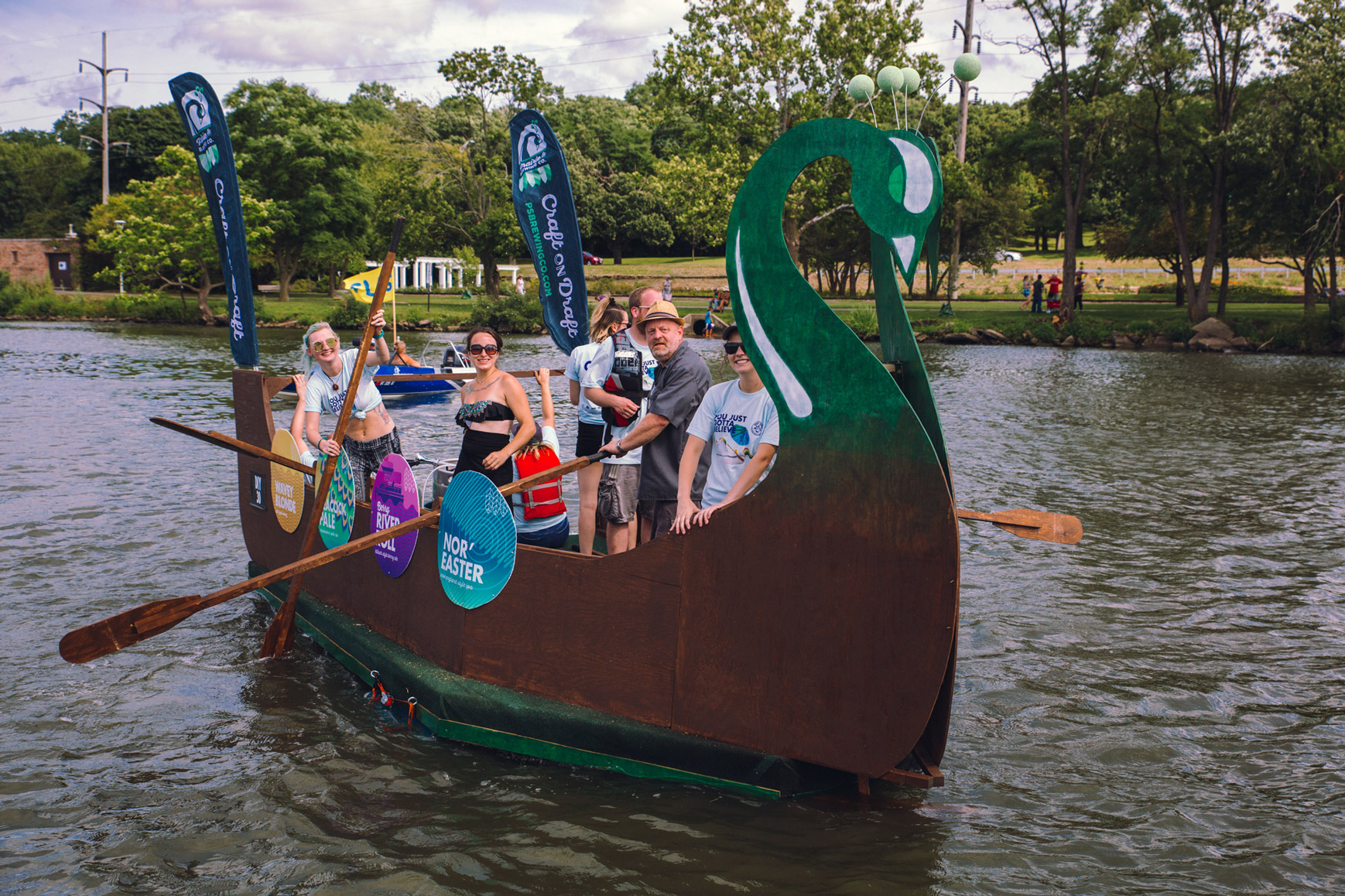 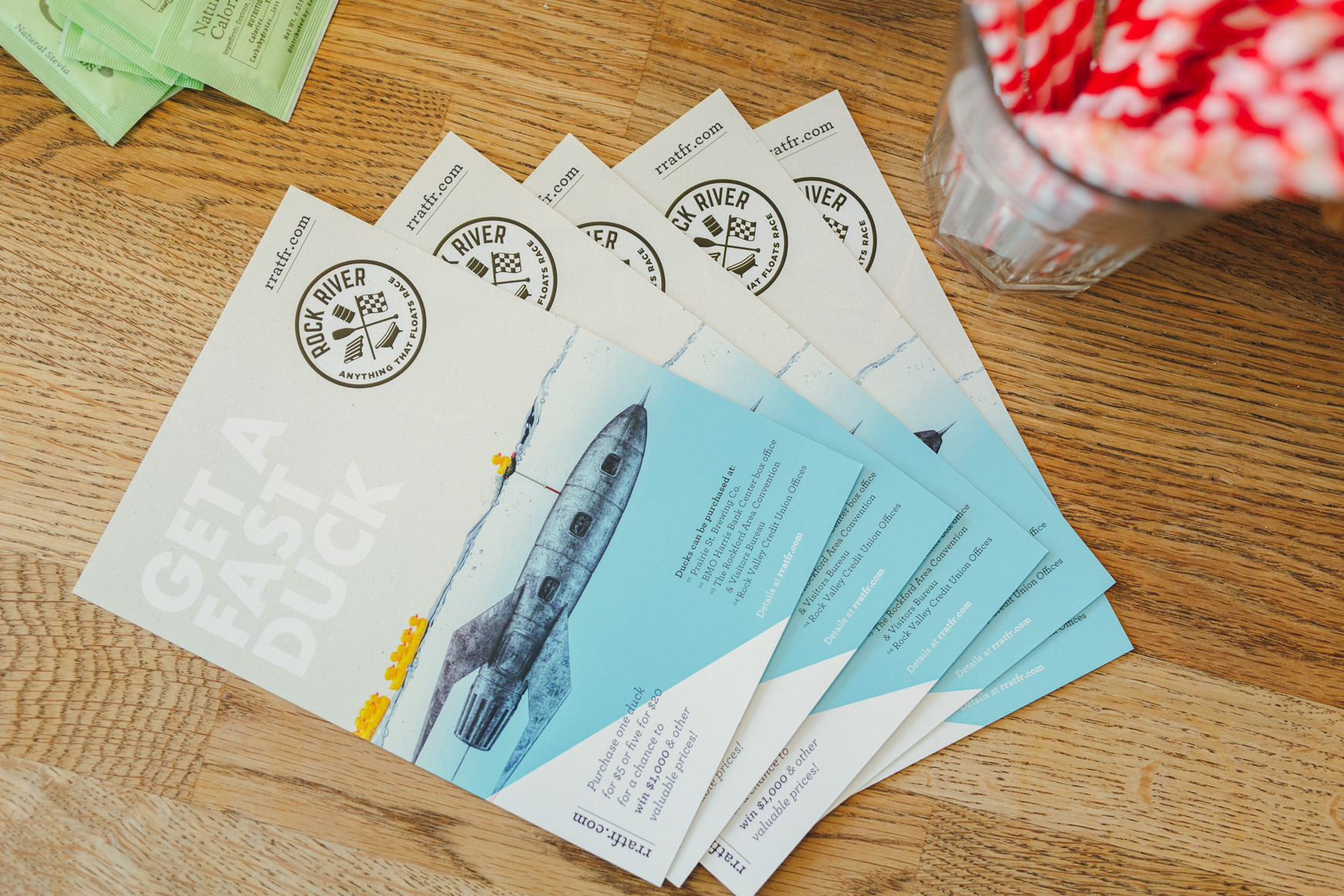 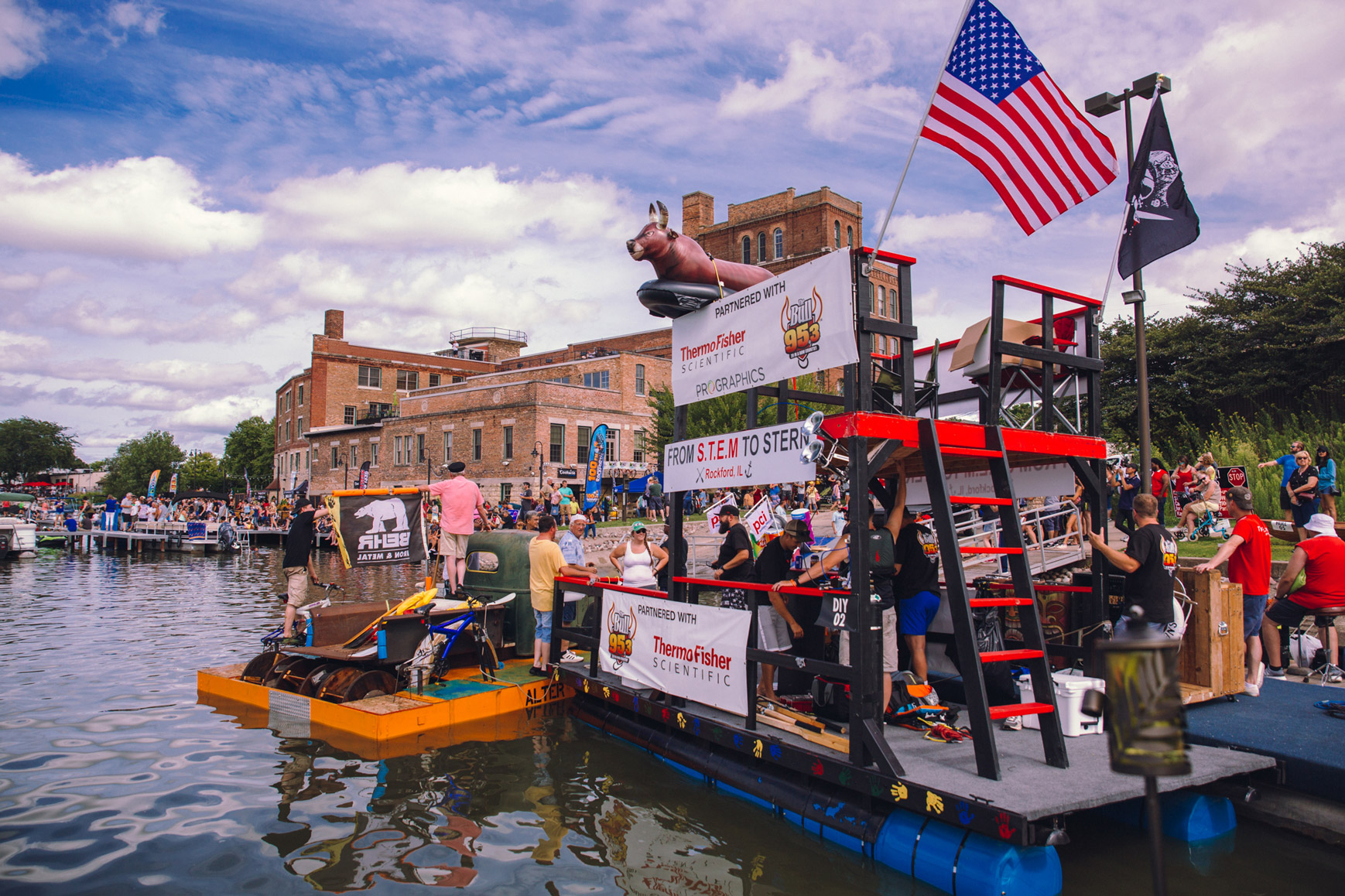 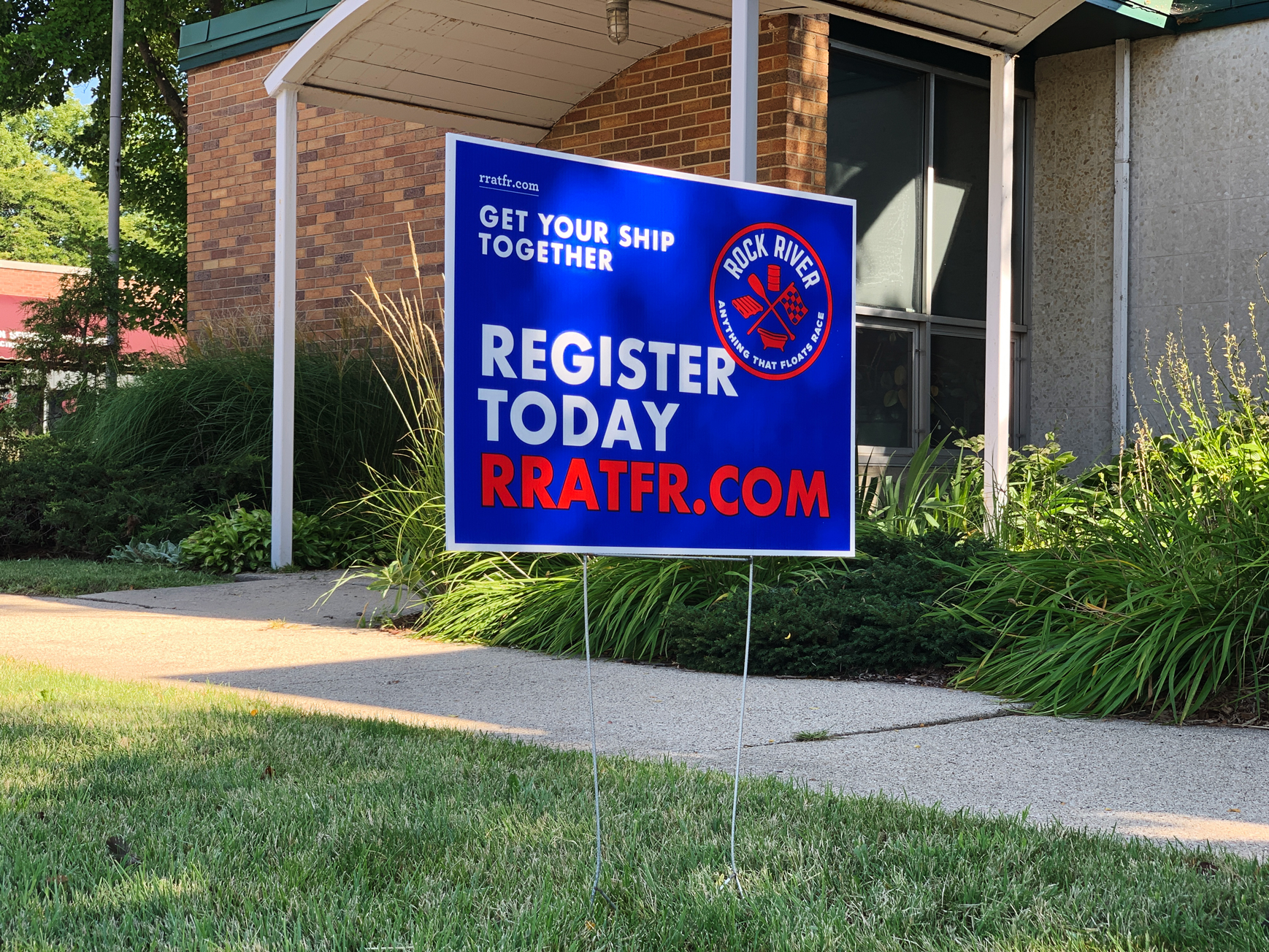 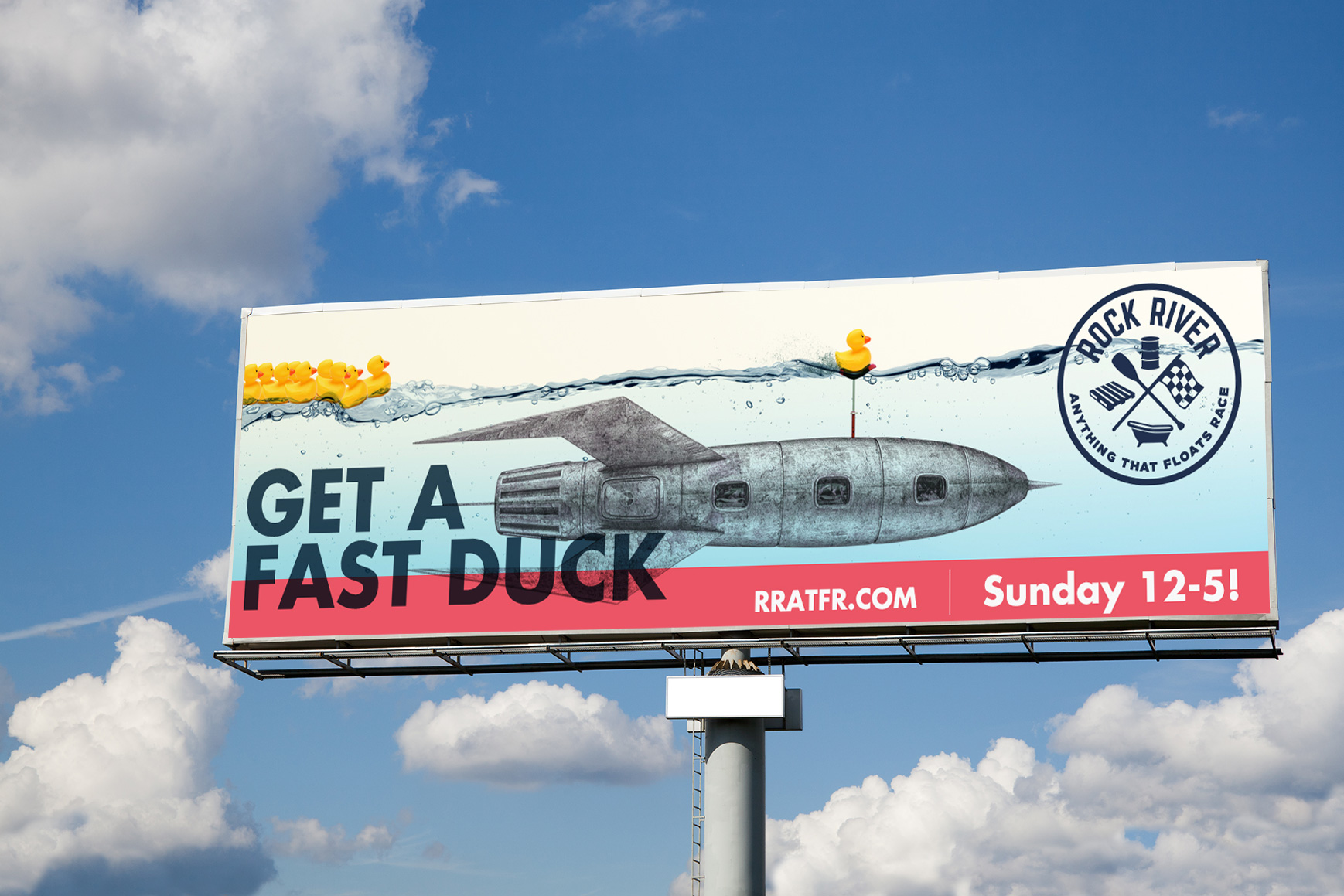 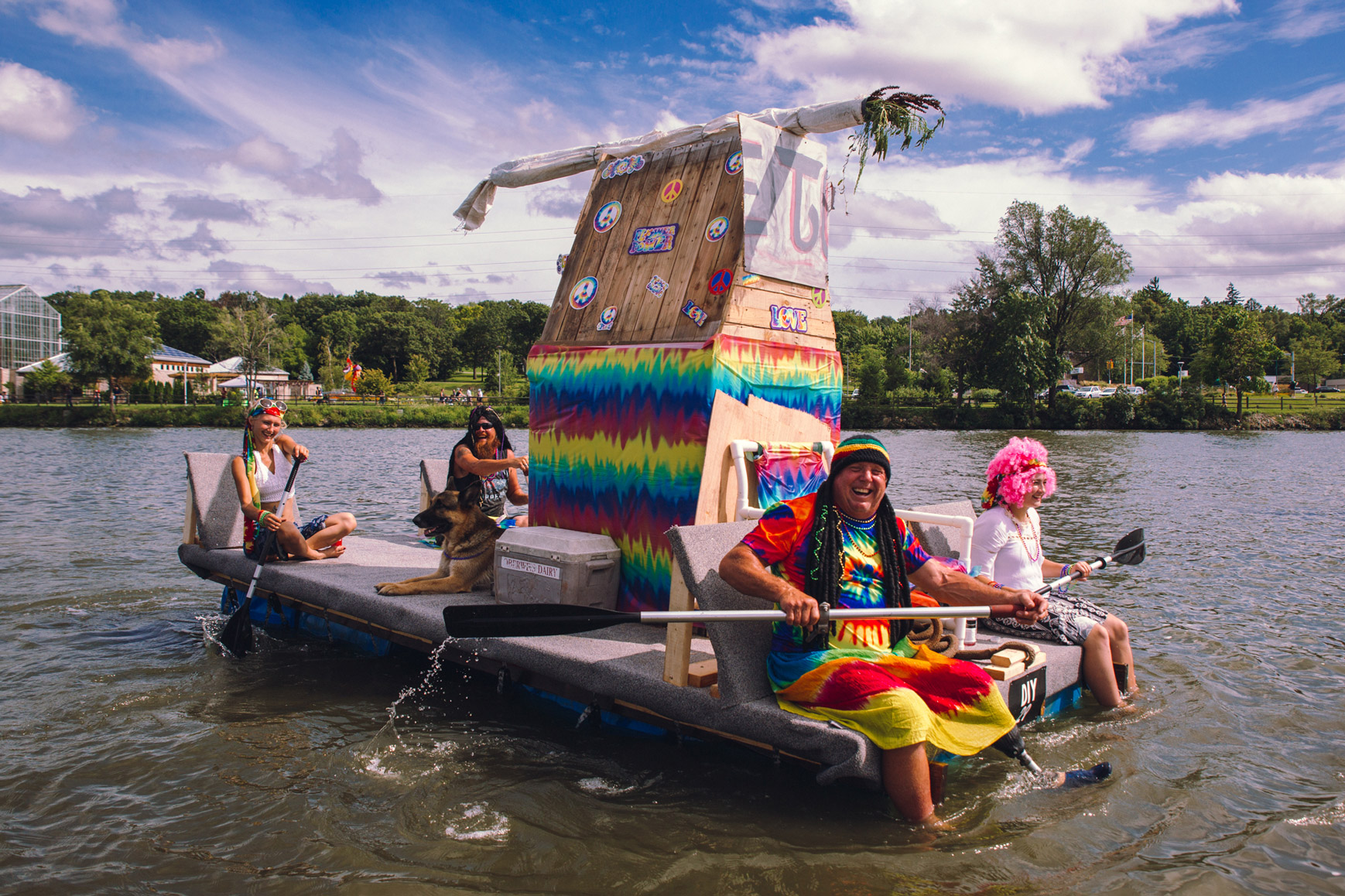 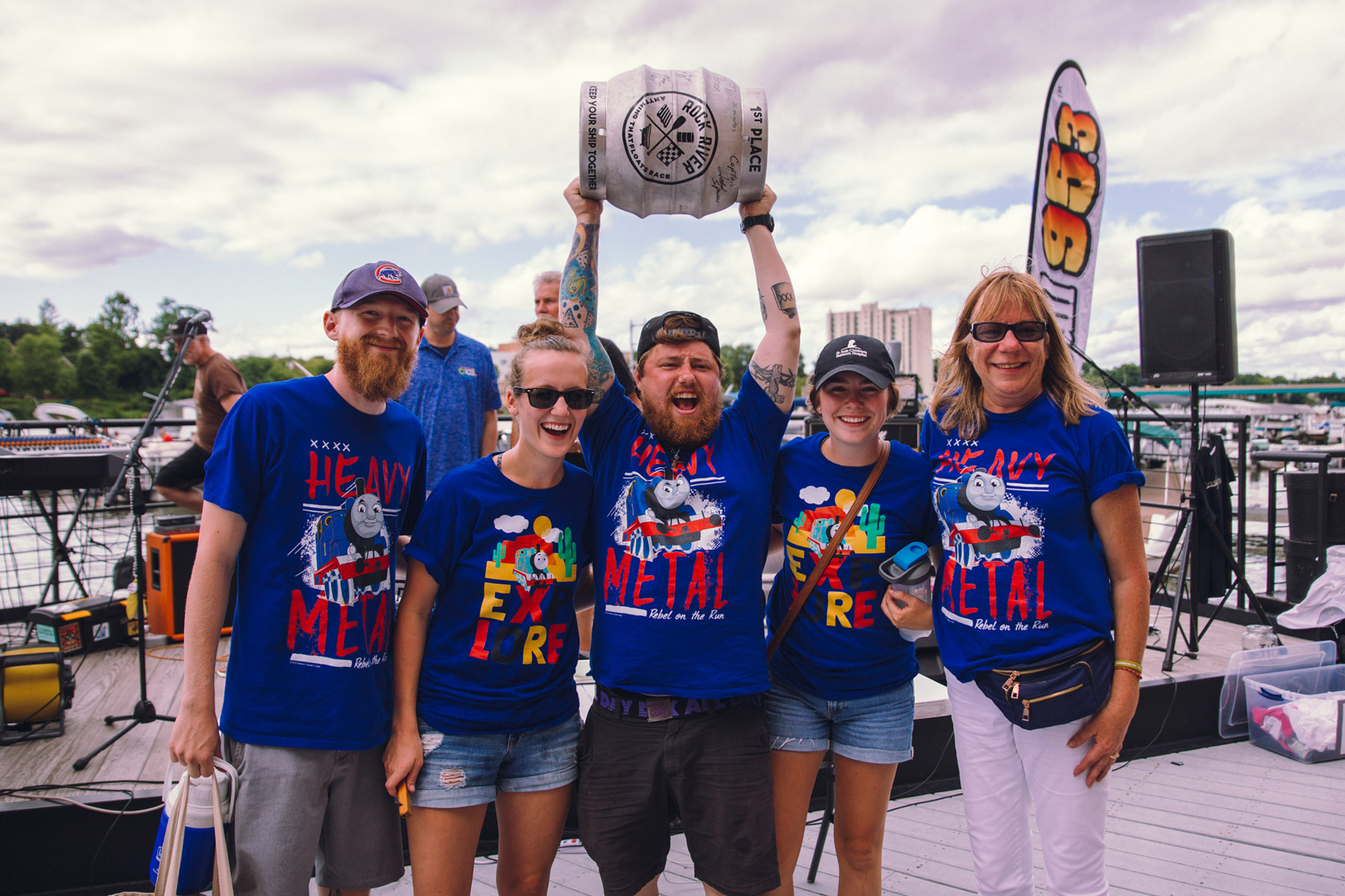