GrahamSpencer’s relationship with Chicago/Rockford International Airport dates back to 2005 when it was hired to create a strategy and advertising campaign to boost sales of passenger flights out of the airport to Minneapolis-St Paul International Airport, from which the world was accessible by air. Although the effort was effective and sales grew significantly, the heavily subsidized relationship between airline and airport proved impractical and eventually fizzled.

In our initial presentation of brand and advertising strategy, among many other recommendations, we suggested that RFD promote with equal vigor the advantages of RFD to cargo airlines. While it’s true that RFD has many advantages over O’Hare for passengers, we said, O’Hare’s comparative “O’Hassles” are not deal-killers for many leisure and business travelers.

However, we pointed out, RFD has clear advantages over O’Hare for cargo airlines and ground handlers that should be promoted. Chairman Mike Dunn (now RFD Executive Director) assured us a cargo push was already on his radar. Time has proven he was not kidding.

In the ensuing years, GrahamSpencer has partnered with RFD’s team on many important projects, the most recent of which was creation of a dynamic video to help Cargo Director Ken Ryan in his ongoing efforts to continue RFD’s stunning air freight success.

Ryan, Dunn, Zach Oakley and others on the RFD team have been busy, and the investment of $100 million in airport infrastructure as well as years of hardcore sales work has payed off. Total airfreight doubled in 2017 to $1.3 billion pounds, thanks to UPS moving its Des Moines, Iowa operation to RFD, Amazon’s PrimeAir’s activity at the airport and many other positive developments.

RFD announced in 2018 it will build an additional 120,000 sq ft cargo building to help ABX Air and Atlas Air route more Amazon PrimeAir flights through RFD. The development is expected to create an additional 400 jobs at the airport within a year. Announcements like this are why RFD is one of the  region’s most important economic development engines and our nation’s 31st busiest cargo airport (with a bullet).

You can learn more about RFD’s impressive cargo advantages by viewing the GrahamSpencer-produced promotional video below. We have also shared elements of the 2005 passenger campaign, which consisted of print, outdoor, radio and television advertising.

The lyrics we wrote for the broadcast advertising were sung and performed by Cory Chisel and The Wandering Sons at Miles Nielsen’s and Mark Muraski’s Fuse Studios, then on 7th Street in Rockford, to the melody of Roger Miller’s famous “King of The Road,” written in 1964.

If you’re looking for fully integrated strategic and creative services that can stand the test of time, get real world results and give flight to your business’s sales efforts, please contact us. 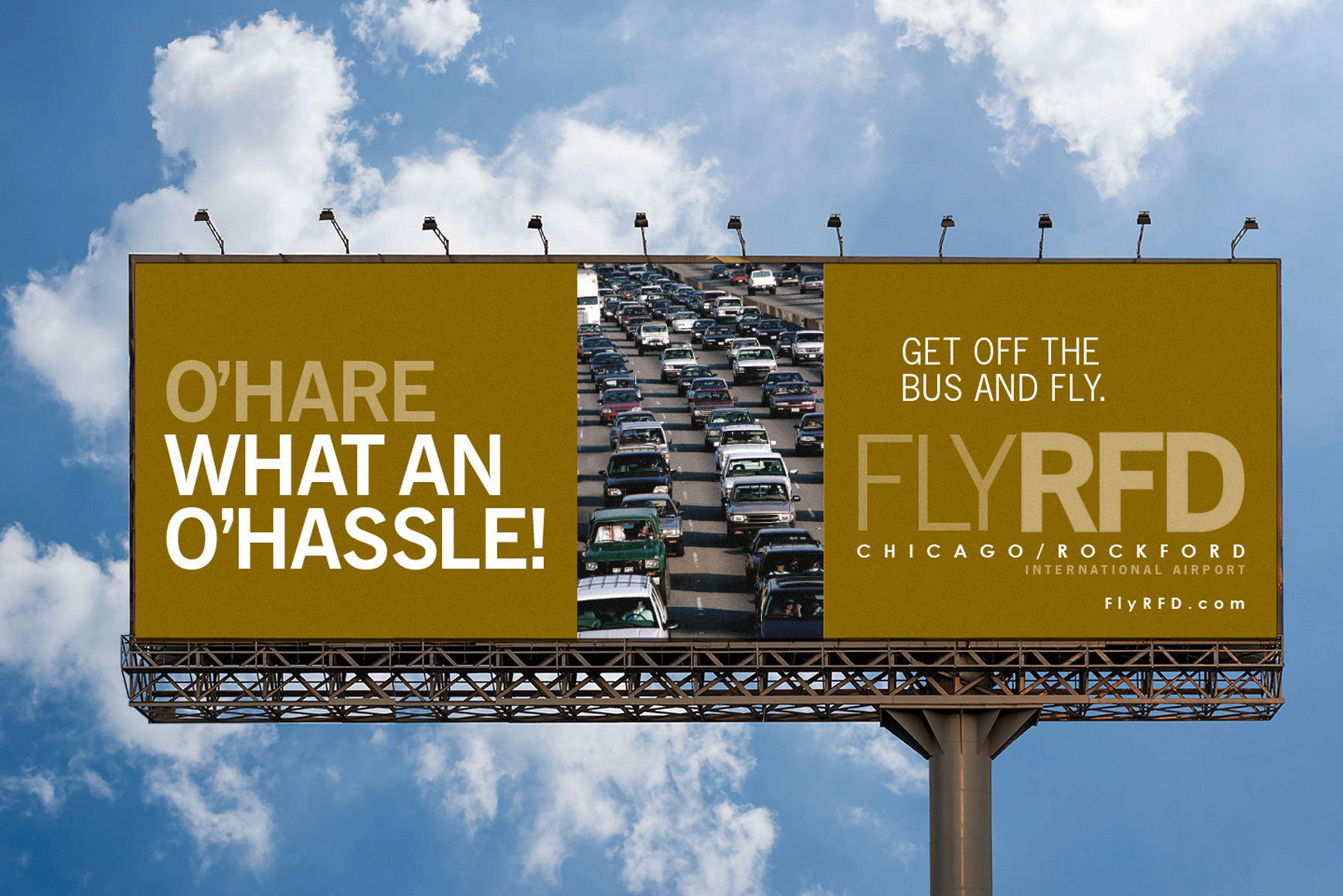