Prairie Street Brewing Co entered into a sponsorship agreement with BMO Harris Bank Center, home of the Rockford IceHogs, the American Hockey League affiliate of the Chicago Blackhawks. A total of 40 regular season home games will be played in 2018/19.

GrahamSpencer’s role was to help our friends at PSB capitalize on the sponsorship opportunity and engage with hockey fans. One aspect of the project required us to create a large 30 foot indoor billboard for the arena lobby that fans would pass by on their way to their seats. Our strategy included encouraging fans to gather for pre- and post-game meals and celebrations at Prairie Street Brewing Co as well at Owly Oop Sports Pub, where they could park for free in an expansive parking lot and make a short walk to the games and back.

In the final design, two celebrations become one as separate photographs at Prairie Street Brewing Co and Owly Oop Sports Pub were deftly merged to become one fun experience in a dual-track approach to attract eyeballs.

The second part of the project was to help brand a delicious, hard-hitting double IPA, which we recommended dubbing the “High Hard One,” a hockey  phrase that describes a shot that climbs quickly off the ice toward the upper reaches of the net, aka “top shelf, where momma keeps the peanut butter.” The game of hockey definitely features some colorful language!

The finished spot, executed quickly in a run-and-gun style to meet an encroaching deadline and starring GrahamSpencer’s Technology Director as “The Shooter,” speaks for itself. Check it out. Then, skate fast – don’t walk – to Prairie Street Brewing Co and wherever fine craft beers are sold in the Rockford Region and pick up a High Hard One six pack today. 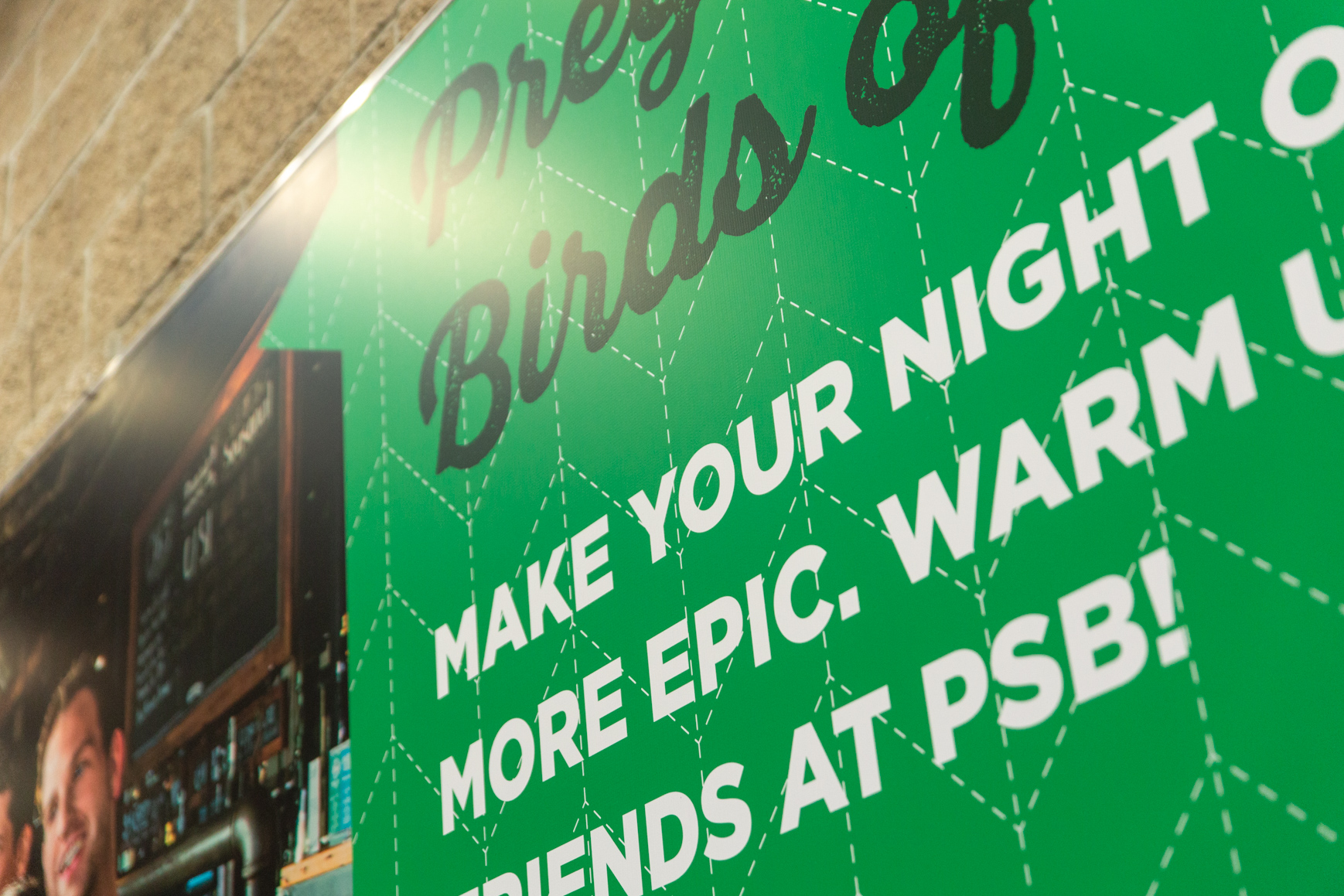 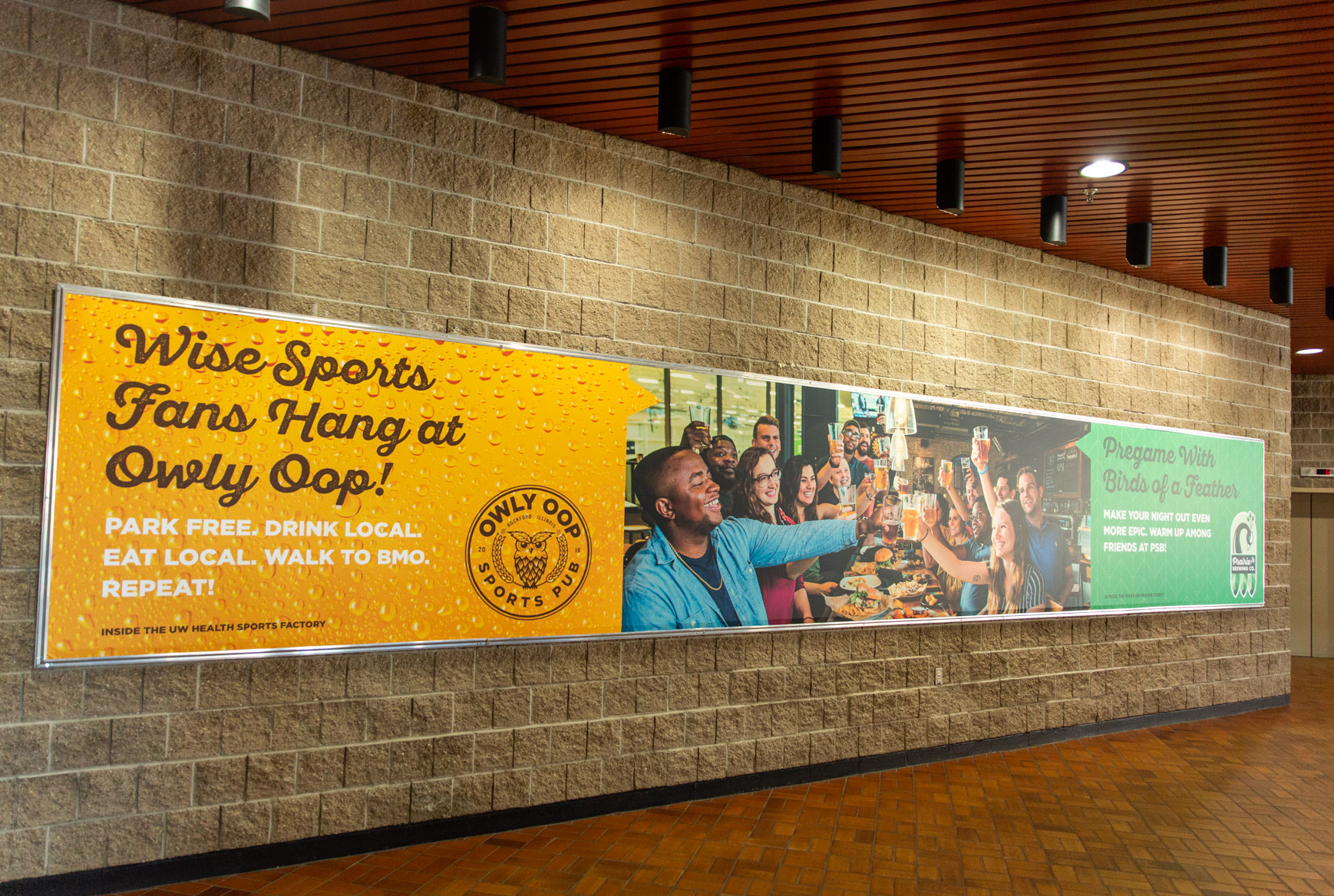 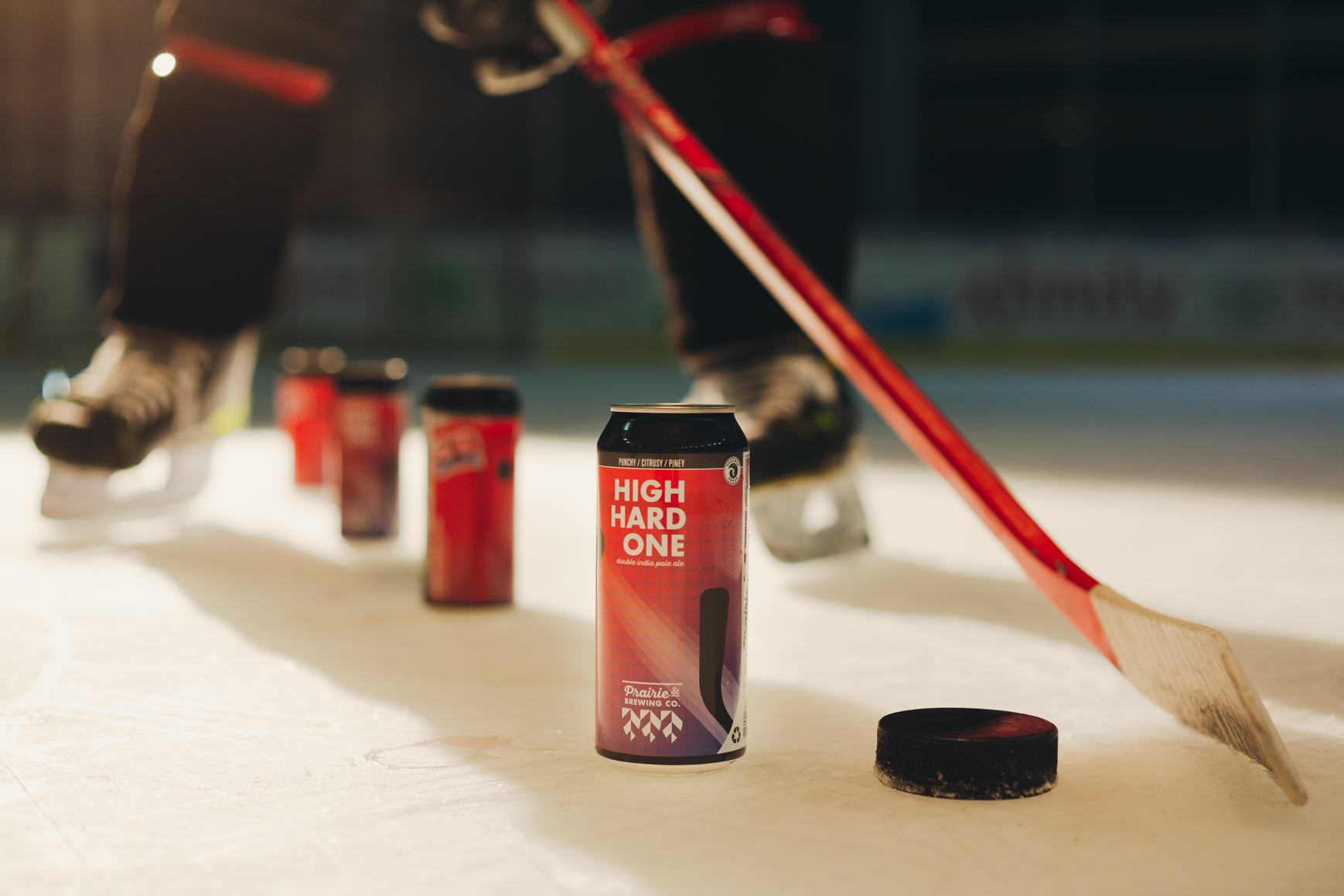